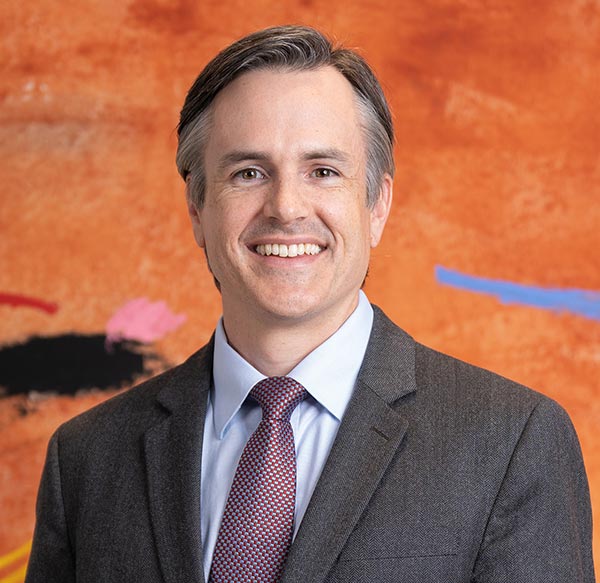 Josh Payne handles complex litigation matters in state and federal court. He has represented individuals, companies, and government agencies in a wide range of matters, on both the plaintiff and defense sides. Currently, he is serving as defense counsel in antitrust multidistrict litigation, defense counsel in opioid-related litigation, and plaintiffs’ counsel in false advertising and unfair competition litigation.

Josh has an AV-Preeminent rating from Martindale-Hubbell for the highest level of professional excellence. He is listed in The Best Lawyers in America for his work in commercial litigation, and has been selected to Super Lawyers based on peer recognition and professional achievement in legal practice.

Josh’s practice spans a variety of industries and subject matter. He has represented individual consumers, employees, business owners, and officials. In addition, Josh has represented manufacturers, distributors, insurers, financial and investment firms, and energy companies. He has handled cases involving antitrust and competition issues, trade secrets and patents, breach of contract, fraud and other torts, insurance coverage, fiduciary-duty claims against officers and directors, and constitutional and public law litigation.

Josh has tried and argued matters before state and federal judges, and has brought and defended against dispositive motions and challenges to expert witnesses in high-stakes litigation. Josh has deposed witnesses throughout the country, including plaintiffs and putative class members, company executives, and various kinds of experts. He has also defended the depositions of corporate representatives on a broad range of topics. Josh has managed large data and document productions and is knowledgeable in the evolving field of E-Discovery, including with respect to preservation, collection, search methodologies, and privilege.

In addition to trial court work, Josh has handled state and federal appeals, and has litigated motions for stay and injunction pending appeal. On behalf of a group of corporate defendants, he recently presented oral argument to the Alabama Supreme Court in support of a petition for a writ of mandamus.

Prior to joining the firm, Josh represented Alabama agencies and officials as an Assistant Attorney General, primarily in actions challenging state law on constitutional grounds. He was instrumental in resolving many of those challenges, and regularly advised the Governor, Attorney General, and lawmakers on legislative and enforcement matters.

Josh is committed to community service. He has represented clients in civil and criminal matters on a pro bono basis, including serving on the legal team for a death row inmate in state habeas proceedings and representing another inmate in a civil action against prison officials. Outside of the office, Josh has volunteered with various student initiatives, beginning with his service as an AmeriCorps/VISTA member on the inaugural staff of Impact Alabama (now Impact America) where he helped launch and coordinate the FocusFirst vision screening initiative. Josh has participated in leadership forums of both the Birmingham and Alabama Bars, and is a graduate of the Alabama Leadership Initiative.

We will explore every avenue until we devise the legal solution that is the best match for preserving the interests of your business today and in the long term.